A donkey, water and a rock.
Three words we were given on the first homily by Fr. Fernando tied to the piece of advice ‘do look for silence’ to equip ourselves for the next days.

These were clues to how the YPS organization structured what resulted in a rich and invaluable endeavor.
Regardless who you are where you come from and what critical moment of your life you are going through, at the end of the trip you can relate all three clues to your personal and professional life as well as your spiritual life.
Far from being a formula, this is a program based on a deep conception of the human soul: memory, intellect and will are essential parts of the soul that are to be educated and exercised as a muscle to reach that perfection able to recognize and pursue true happiness.

An organized trip to such a place as the Holy Land based on enriching your personal, spiritual and professional life combined, makes it more than an enhanced touristic and learning experience – it turns it into a Rite of Passage.

At a Rite of Passage one firstly arrives at the place carrying all life experience to that moment, knowledge and expectations; then, activities develop to become challenges and everything one had brought undergoes fireproof leaving behind the superfluous and strengthening the solid features; finally, a consequence of solidified features is that they reveal the next mission – now one is prepared for the next step in life and can go back home for continuation of the work, with something new to care, grow and mature.

This is not a smooth learning process, Fr. Fernando’s initial command ‘do look for silence’ tells you from the start that it’s not granted in the Holy Land, and it is as much so that you have to look for it, fight for it.

‘From the days of John the Baptist until now, the kingdom of heaven has been subject to violence, and the violent lay claim to it.
Mathew 11

Nothing in the Holy Land is obvious or speaks for itself: the actual places where Jesus stepped in are disputed, the continuous alteration of the city of Jerusalem is subject to archeological and religious dispute, the foundational sacrifice at mount Moriah is disputed, the sepulcher where the body of Christ rested before resurrection is disputed…
Politically, culturally and religiously, what is not disputed either happens by force or rests on an unstable temporary agreement.
This results in difficulty finding a meaningful way to relate to the Holy Land.
An actual Babel tower presenting the first and permanent challenge when deciding on a trip to the Holy Land: to let oneself be guided and trust the judgement of those who planned the routes and activities to go through.

The organization of the Saxum YPS chose as starting point a full session at the Saxum Visitor Centre: an interactive, educational multi-media, encyclopedic museum project wholly dedicated to convey the complexity of the layers of history, anthropology and religion that intertwine and overlap in the Holy Land. This centre – the result of a combined effort of historians, linguists, theologians and bible scholars together with artists, developers and architects – on one hand immerses the visitor within the history and development of the Holy Land and on the other, it prepares the visitor to recognize it how it stands today after millennia have passed.

It is quite meaningful to start here.
‘Here’ meaning the fruit of a dream of years, when a group of people considered it worthwhile to claim physical, spiritual and professional heritage over the Holy Land where Christianity shrinks at a vertiginous rate. Vertiginous is not metaphorical, I was shocked to hear Mr. Imad Younis, CEO and founder of tech company Alpha and Omega in Nazareth, saying the real number was from 30 something percent forty years ago, to less than 1 percent today…
Moreover we are told by Don Benito, Opus Dei vicar in Jerusalem, that in Israel Christianity as religion is taken mainly as an identity issue rather than a relationship with Christ.

What is there to claim in the Holy Land?

“I will show you what he is like who comes to Me and hears My words and acts on them: he is like a man building a house, who dug deep and laid the foundation on the rock. And when a flood arose, the stream broke against that house and could not shake it, because it had been well built.”
Luke 6.47

The program, intense it may be, summons one’s heart to consider, remember and give shape to each of the elements presented: from the people within your group with whom you share everything as it happens; the advisors accompanying the group adding meaning and questioning to each step; to the prepared conferences, lectures and presentations of those professionals available to communicate how they translate their personal and spiritual aims into concrete works and projects; from standing at your favorite biblical places to finding yourself in some you never mapped in your mind.
The journey is varied and rich in activities but lays on rocky ground: the Eucharist.

Regardless of where, when and how, the Eucharist was the guiding star of each day of the program, the only event we could be certain of bearing witness to and participating in. On the day spent in Bethlehem the schedule belated and the chapel we were supposed to have mass had close by the time we were ready. The people of the organization did not rest until finding an alternative place and time to offer the possibility of the Eucharist for those of us willing to. This gesture becomes even more extraordinary more than two months without sacramental communion due to the pandemic.

The living Body of Christ had first been promised through the prophets and then concretized sacramentally through a process of materialization of God and personification of His image – the Incarnation – combined with the sacrificial reparation – the Passion.
God confirms His material creation when acting through the physical elements to convey His way. The fact that this happened in the Holy Land is not only relevant at some point in time and space: in its thousand expressions throughout the centuries to this day, this place gives constant testimony of the Incarnation and of the Passion as an open wound reveals its strike as it bleeds.

„But the Helper, the Holy Spirit, whom the Father will send in My name, He will teach you all things, and bring to your remembrance all that I said to you.”
John 14. 26

That is possible, beautifully possible, to bring the Incarnation and the Passion to each and all your efforts in life is what I, personally, took from this program. We are called to direct our will, memory and intellect within the specificity of our personal circumstances to act on the process by which we become a shining drop in the deep ocean of God’s redemption plans.

‘We are ordinary people doing extraordinary things’ as Edward Gillespie, advisor phrased it. And we are able to do so only by responding willfully to a call of love. Barbara Brunner, YPS founder, experienced as she is, did make this clear from the very beginning “don’t think you decided to come to the Holy Land, you were chosen to come”.
Being chosen does not mean, at all, that we who have come and those who will come are better than anyone else who has not been given such a privilege.
It means responsibility to respond to a call accordingly. Actually, the meaning of elect a special choice is only in use from the 15th century, until then it was used to refer to gathering, a ‘symposium’ as the founders very accurately named the program.

One touching aspect for me: when reading the gospel at daily mass, Fr. Fernando never missed an opportunity to change ‘there’ for ‘here’. There in Galilee is here at Mount of Beatitudes looking over the marvelous see of Galilee; there in the pool of Bethesda is here at the Church of St Anne; There at the Place of the Skull, is here at the Calvary within the Basilica of the Holy Sepulcher.
A pilgrimage to the Holy Land can thus become a journey of learning how to link one’s current position in the world and community to that which has been present throughout the centuries and will remain present in the future, and for eternity as promised. 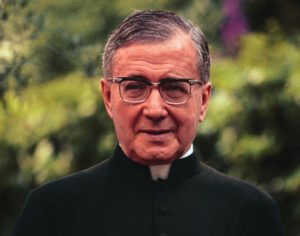 Any cookies that may not be particularly necessary for the website to function and is used specifically to collect user personal data via analytics, ads, other embedded contents are termed as non-necessary cookies. It is mandatory to procure user consent prior to running these cookies on your website.

Send this to a friend